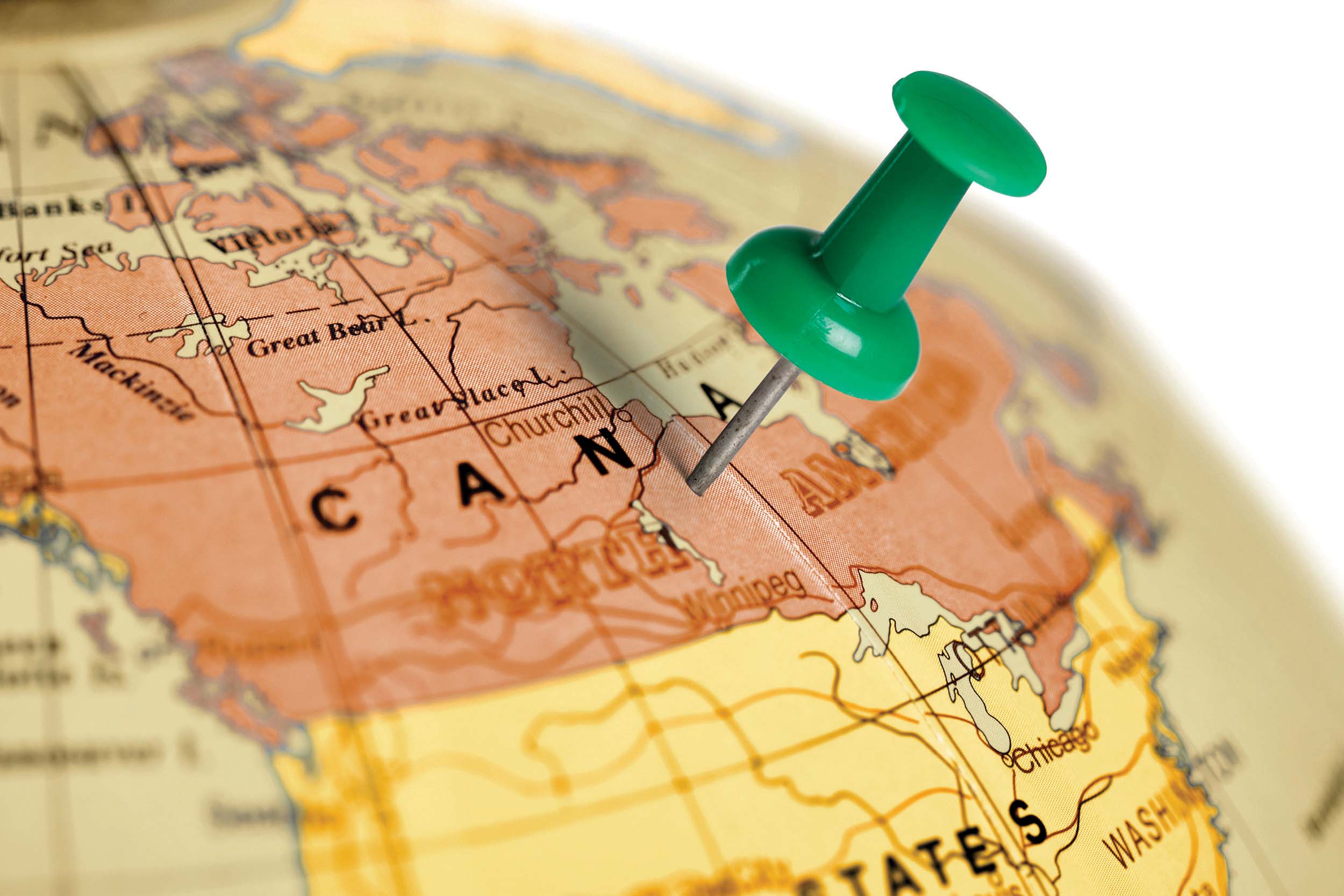 Canada is one of the northernmost countries of the world,

being home to world’s coldest and the

most serene natural habitats of the world

such as mountain ranges, waterfalls, etc.

We insist you to experience Canada at least

once in a lifetime because feeling worth not missing. 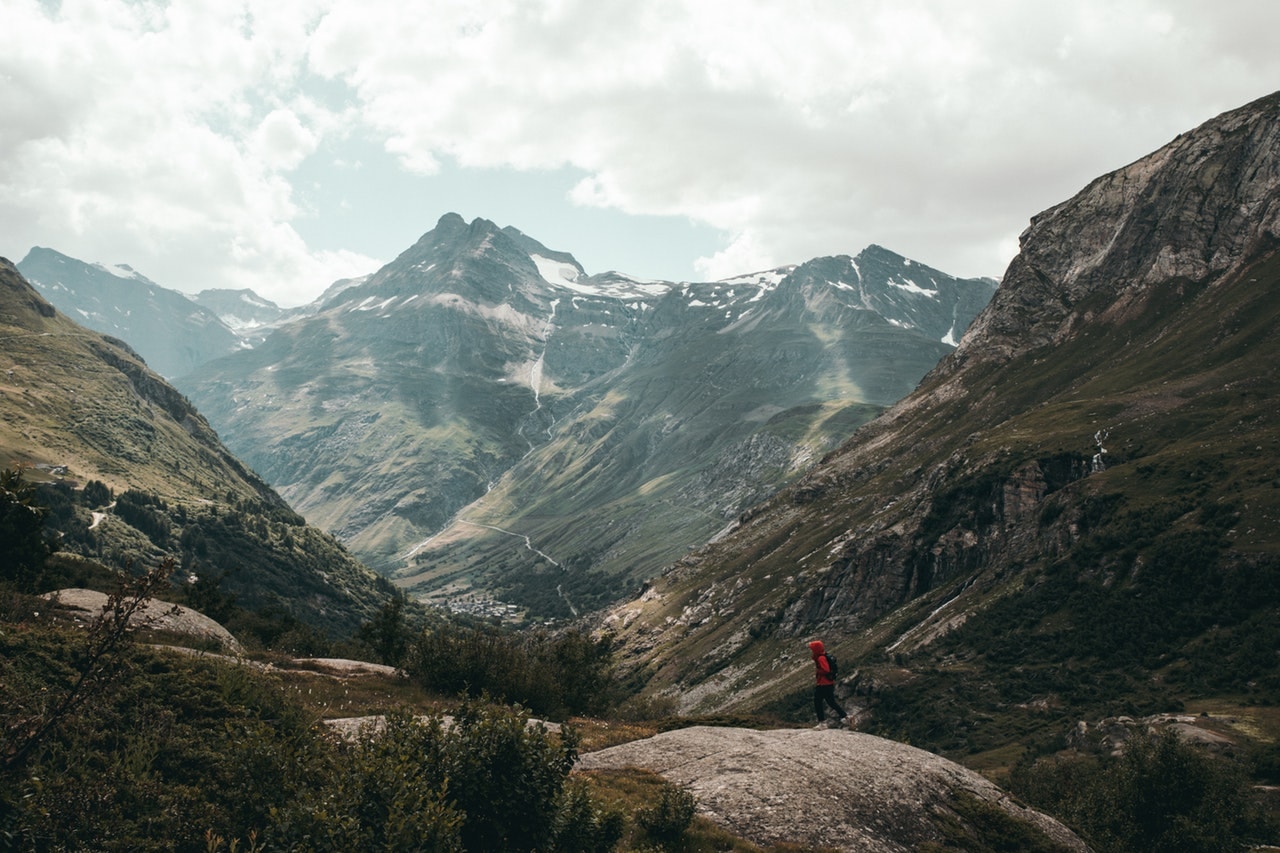 The Banff national park in Alberta province is the oldest national park of Canada, established in 1885. The park encompasses 6641 acres of the Canadian Rockies. The town of Banff is the highest town in Canada, located at an elevation of 4537 feet. The 20537 meter long Castleguard cave system is also located in Banff Park. It is the largest cave system in Canada. The Banff Park is also home to thousands of glaciers, endangered woodland caribou and glacier-fed lakes.

Spanning over 2,774,500 acres the Jasper National Park is the largest national park in the Canadian Rockies. Established in 1907 Jasper National Park is one of the oldest national park in Canada and a world heritage site. The park includes alpine meadows, forests, mountains, deep valleys, glaciers and 615 miles long hiking trails. The 3747 meters high Mount Columbia in the park is the highest mountain in Alberta. The Jasper Park offers many activities such as hiking, camping, horseback riding and rafting.
The Yoho National Park in Canadian Rockies known for its amazing waterfalls and glacial lakes. The park has 400 km long hiking trails, 61 lakes and 28 amazing mountain peaks that rise to more than 3000 meters in height. The Burgess Shale, one of most significant fossil discoveries also located in this park. This fossil field is dates back to 505 million years. Mostly all parts of soft-bodied animals that lived in the Cambrian period (505 million years ago) were well-preserved in this filed. It provided great opportunities for scientist to make a deep understanding of evolution of life on Earth.

The extensive network of trails in the park lets the visitors to explore the scenic landscapes, lakes and glaciers. The radium hot springs is one of the main attractions of the park. The waters of radium hot springs have presence of radioactive element Radon and the host springs were also named after this element. 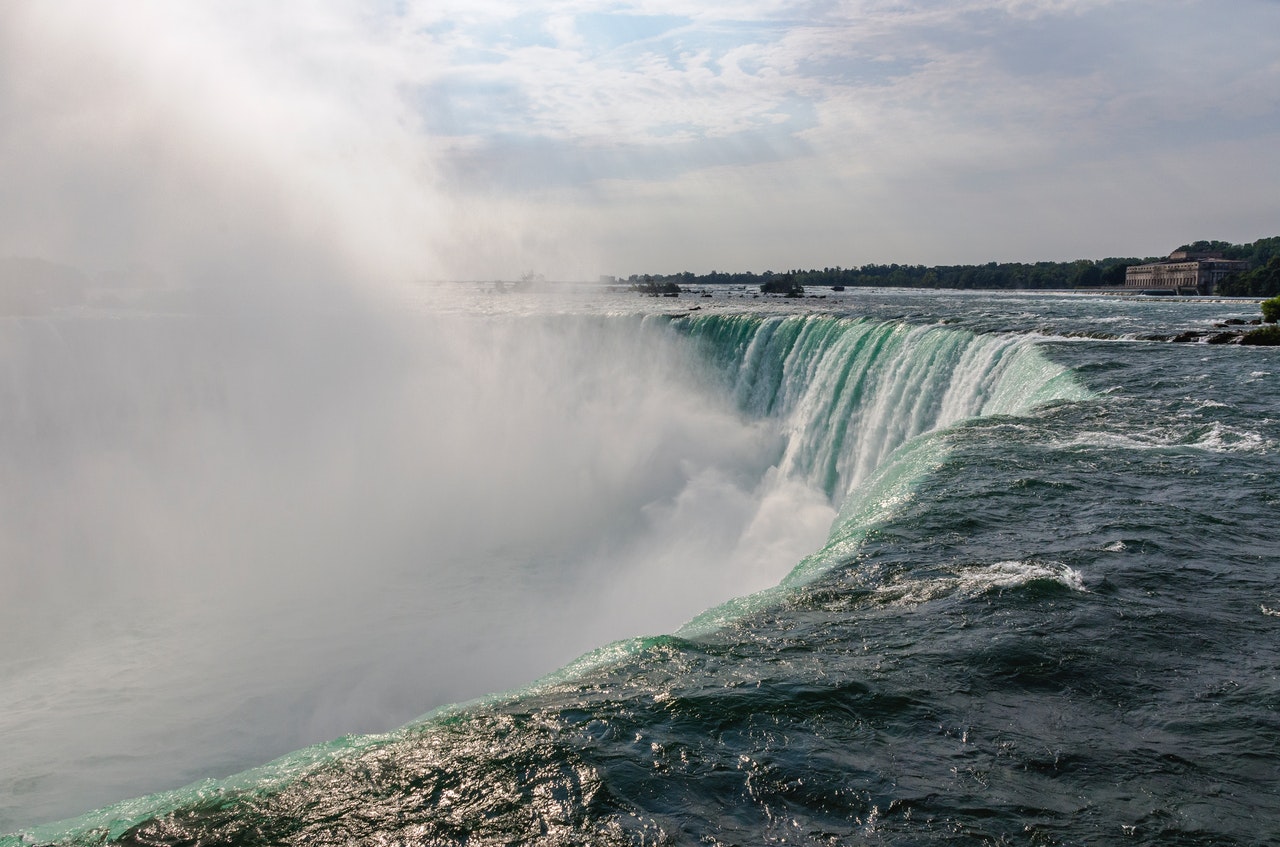 The incredibly beautiful Niagara falls located on the border between Ontario province of Canada and New York City in U.S. Niagara falls consist of three waterfalls – the American Falls, the Horseshoe falls and the Bridal Veil falls. The most part of the Horseshoe falls lie on the Canadian side. It is also the largest waterfall of Niagara.
The Bridal Veil Falls is the smallest waterfalls of Niagara. The American Falls and the Bridal Veil falls lie on The U.S side. The three waterfalls combine to produce an average water flow rate of 85,000 ft Cu/s. It is the highest water flow rate than any other waterfalls on Earth. The largest vertical drop at Niagara Falls is 173 feet and it is from the side of the Horseshoe Falls.

The light green/blue color is one of the great features of Niagara Falls. The mixing up of rock flavors with the water at a high rate is the reason behind this coloration. The Niagara Falls doesn’t freeze over even in the extreme winter climate. However ice bridges will form on both top and bottom parts of the falls. During winter season Niagara receives only fewer visitors. 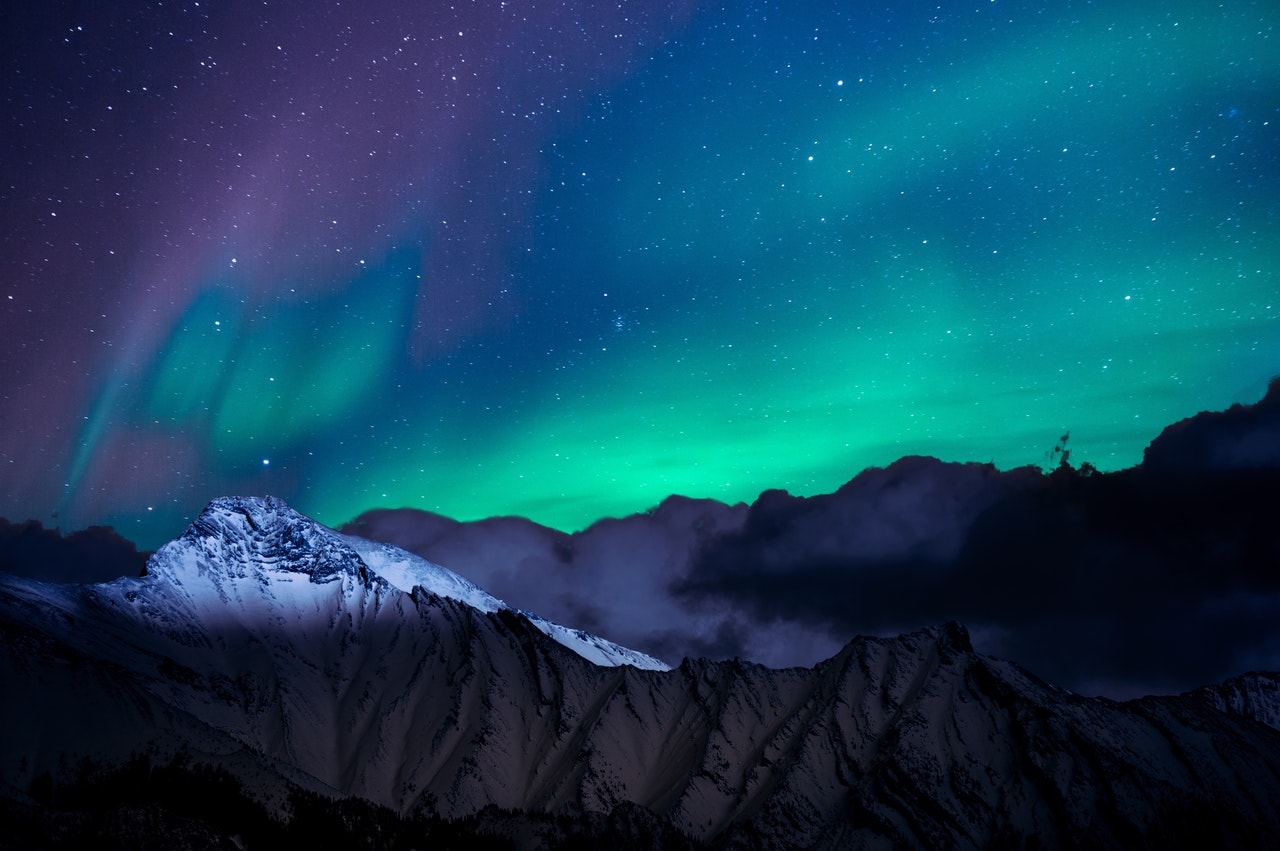 The resulting color of Northern lights depends upon the type of gas with charged electrons collide and the attitude. The reflection of green-red colors occurs when the electrons are interact with oxygen atoms. In case of nitrogen atoms you can see the reflection of blue, purple or violet colors in the sky. The Northern lights will last for a few minutes to a couple of hours. 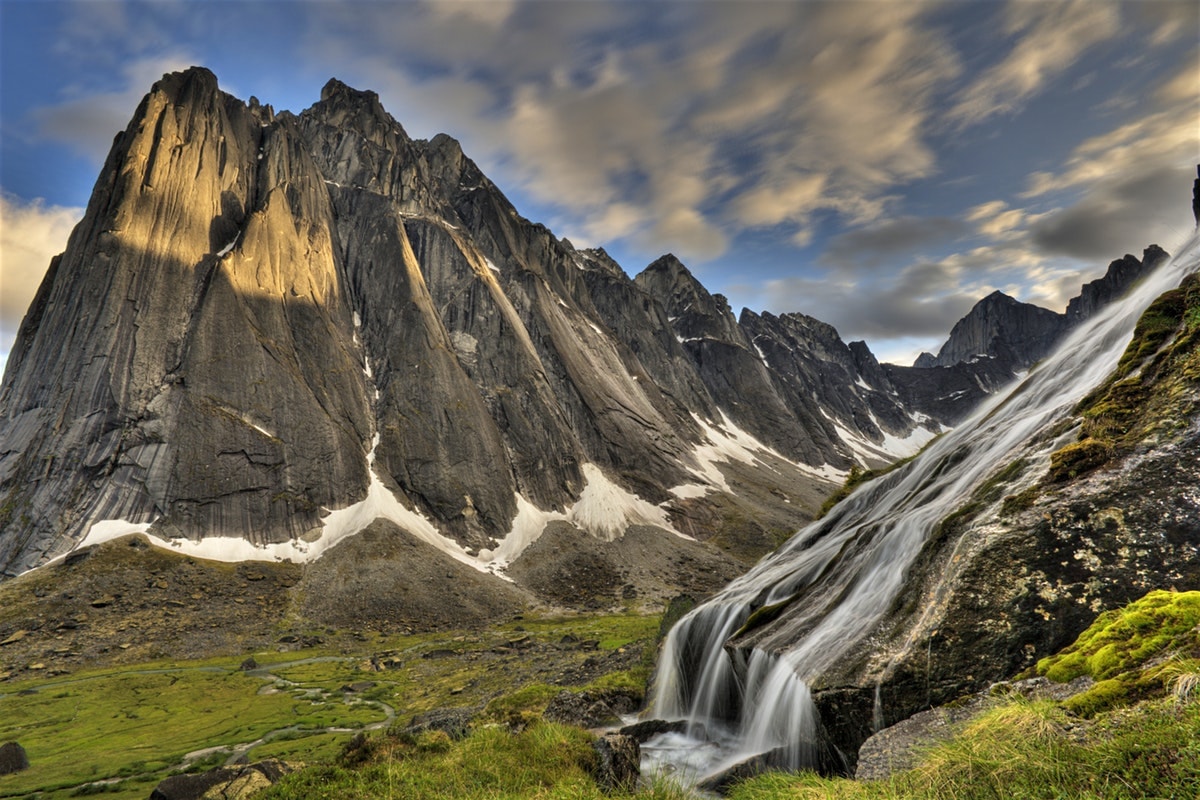 The 4766 square kilometer Nahanni national park reserve in the Dehcho region of Canada has an impressive limestone cave system, deep canyons, amazing waterfalls and rich wildlife. The park is located along spectacular South Nahanni River. By considering the geological significance and exceptional natural beauty UNESCO recognized this national park reserve as a world heritage site in 1978.
Some of the landforms in the Nahanni park has millions of years of age. They are valuable source of informations about different stages of Earth’s history. There are four spectacular canyons in Nahanni park that are 3300 feet in depth.
The five miles long fourth canyons in the park include amazing Virginia falls. At a total drop of 315 feet the waterfall has twice the height of Niagara. At 27 meters high the Rabbikettle Tufa Mounds in Nahanni park is the largest Tufa mounds in Canada.

The Nahanni national park is also home to a wide variety of animals including 42 species of mammals and 180 species of birds. Nearctic boreal forest and Nearctic Alpine Tundra, two major biomes also present in the Nahanni park. Many rare orchid species, 700 species of vascular plants, and 300 species of lichens also grow in abundance in this park. 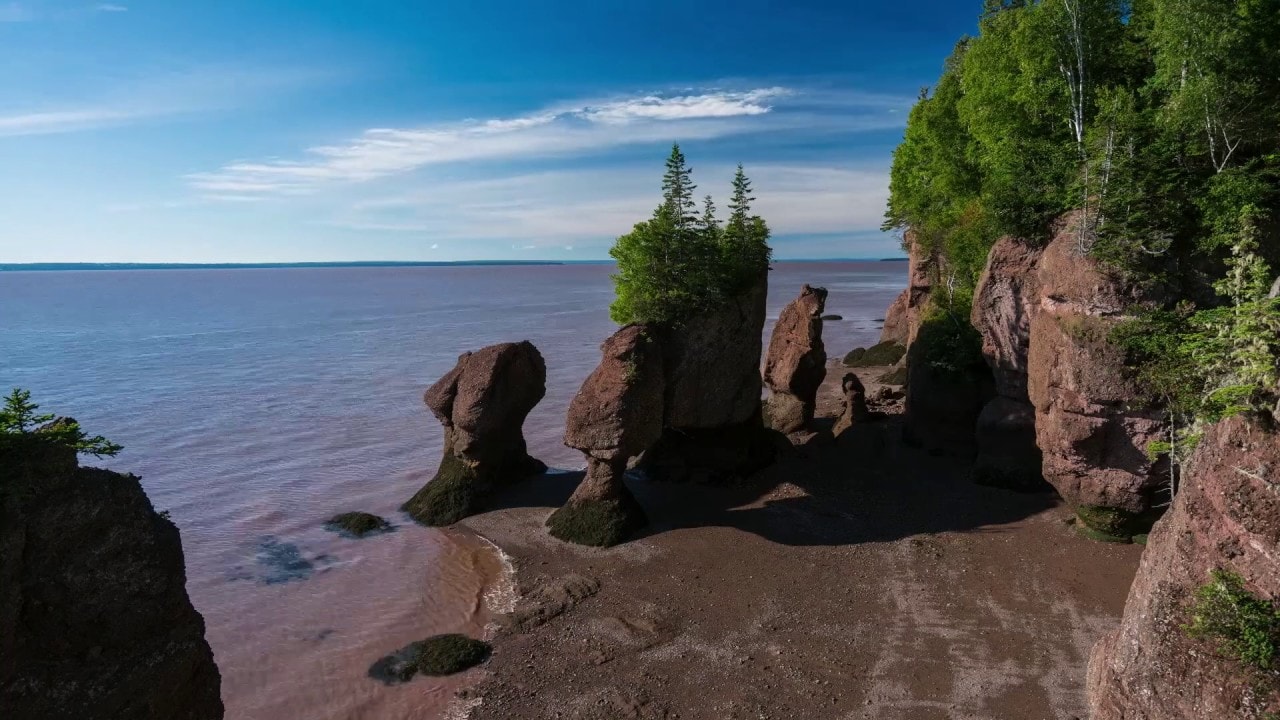 Stretches between the provinces of New Brunswick and Nova Scotia, the Bay of Fundy is truly a natural wonder of Canada. This dramatic coastline is home to the highest tides in the world, rises to a height of 16. Meters. Every 12.5 hours more than 115 tons of water flows in and out of this bay.
The resonance effect that actually causes the extreme tidal effects in the Bay of Fundy. That is the Bay of Fundy has a unique funnel like shape and immense depth. The water of this bay is also in perfect synchronization with pulling force from the Atlantic Ocean. The body of water is also narrower and shallower at the upper part. Thus the Bay of Fundy receives highest tides in the world.

The bay is also surrounded by impressive sandstone statues and rock cliffs. You can also see an impressive marine biodiversity in Bay of Fundy. It is home to 12 species of whales, seals, planktons, dolphins, crabs and many species of birds including puffins and sandpipers. 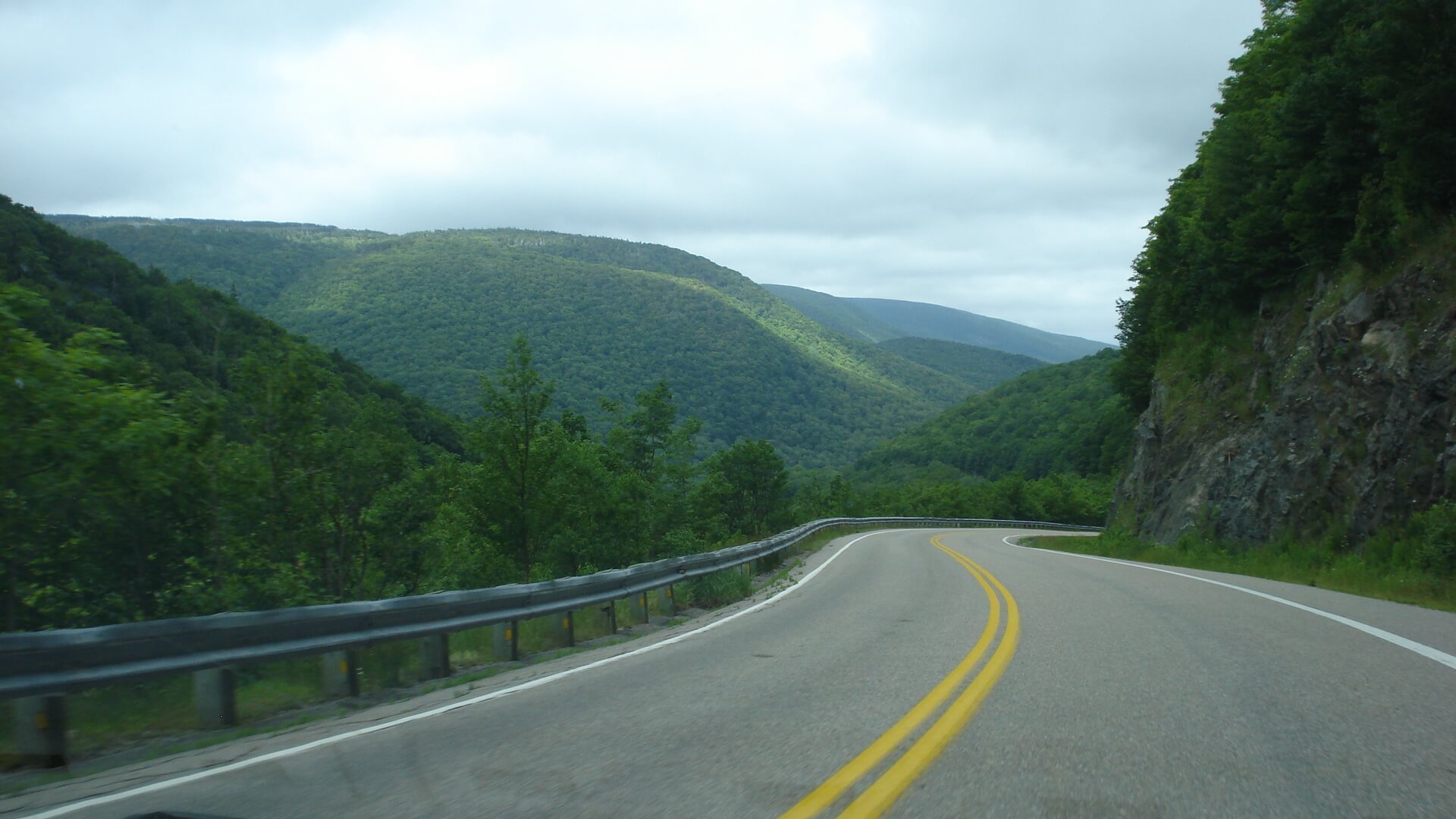 The Cabot trail is a 298 km long scenic roadway in the Nova Scotia province of Canada. This world famous highway is named after explorer John Cabot. The trails pass through beautiful landscapes, coastlines, parks and valleys. It is the best way to explore the scenic Cape Breton Island.
The Cape Breton highlands offer breathtaking attractions such as deep valleys and canyons. The autumn foliage along the Cabot trail is also truly spectacular. Undoubtedly the driving or walking through the Cabot trail during fall becomes an unforgettable experience.

The Cape Breton Highlands National Park is another major attraction you can visit while passes through the Cabot Trail. The park is known for its forests, steep cliffs, valleys and river canyons. In addition to all these attractions you can also enjoy delicious sea foods from restaurants around the Cabot Trail. 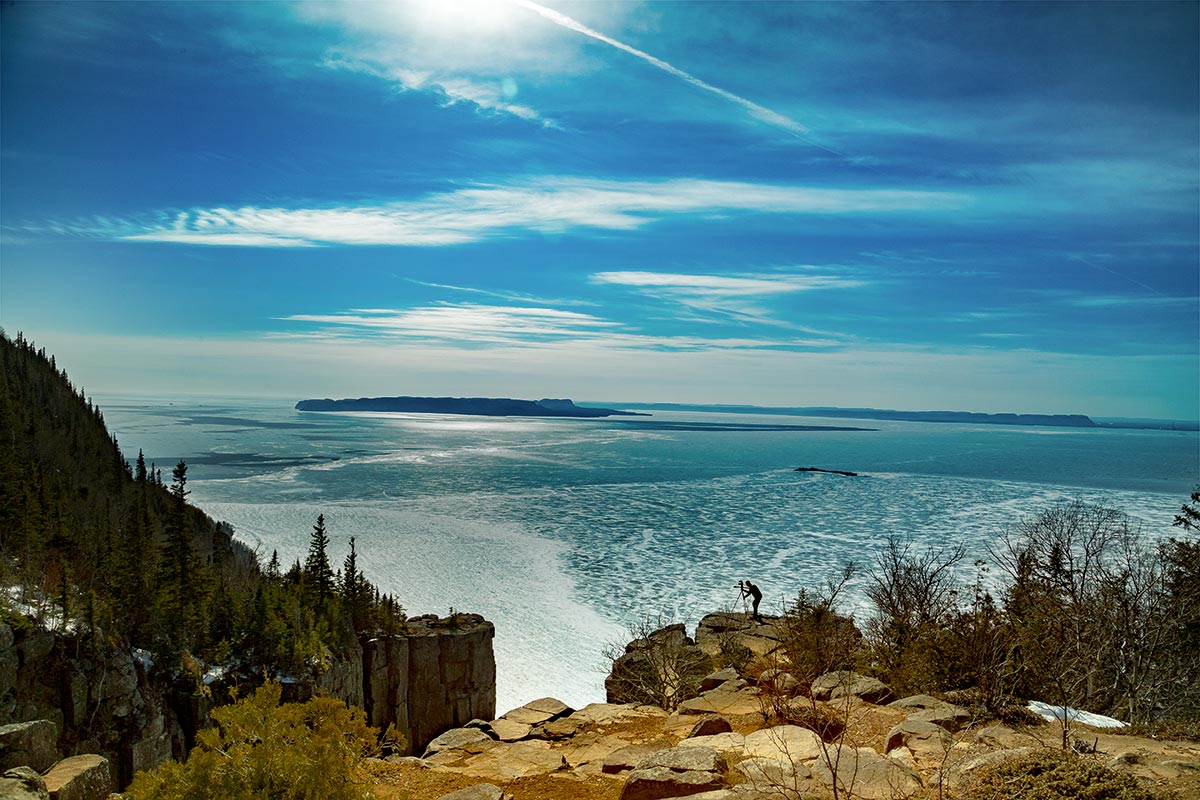 The sleeping giant provincial park in Thunder Bay city of Ontario named after an impressive rock formation that resembles a ‘giant human figure lying on its back’. This 244 square kilometer park includes impressive formations of mesas and sills. The view of this remarkable peninsula from the city is truly breathtaking.
The Western parts of the sleeping giant national park include dramatic steep cliffs and valleys. Standing at 240 meters high these cliffs are the highest in Ontario province. The park contains more than 20 beautiful lakes. The Eastern part of the park also has connection to great Lake Superior, the largest freshwater lake in the world by surface area.

The incredible network of hiking trails in the park extends over 80 km. The visitors can also reach the top of the sleeping giant rock formation. It offers breathtaking views of Lake Superior and the park. 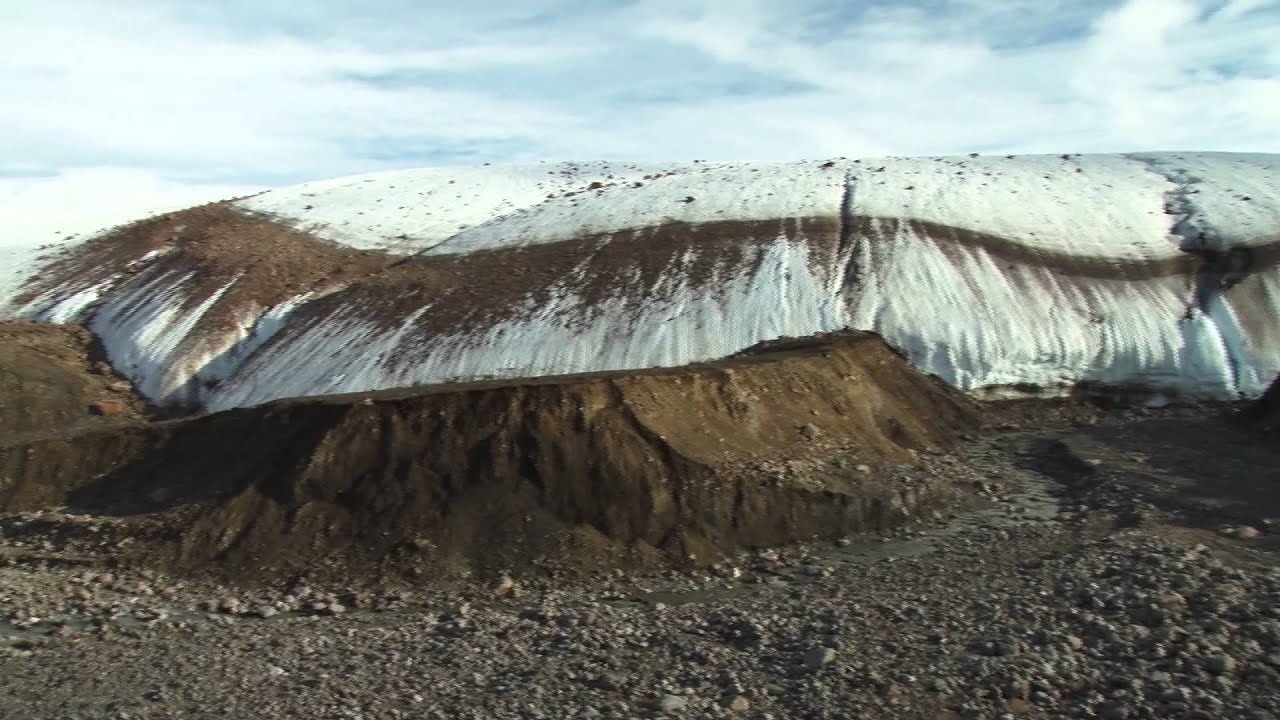 The Ellesmere Island in the Nunavut territory of Canada is the most Northerly Artic Island in the world. The Island is also one of the most remote places on Earth. The Island is dominated by mountainous areas and most of them are covered in ice caps.
The Island receive only a few human activities because of remoteness and dangerous ice conditions. The average temperature on this Island is just 3 degree Celsius.
The Northeastern region of the Ellesmere Island contains amazing Quttinirpaaq National Park. The park includes a number of glaciers, seven Fjords and wide variety of sedimentary and volcanic rocks. The grand land mountains located at the Northern part of the park include a chain of sedimentary rocks, date back to 1 billion years. Majority of glaciers in the park is also located in the grand land mountains. 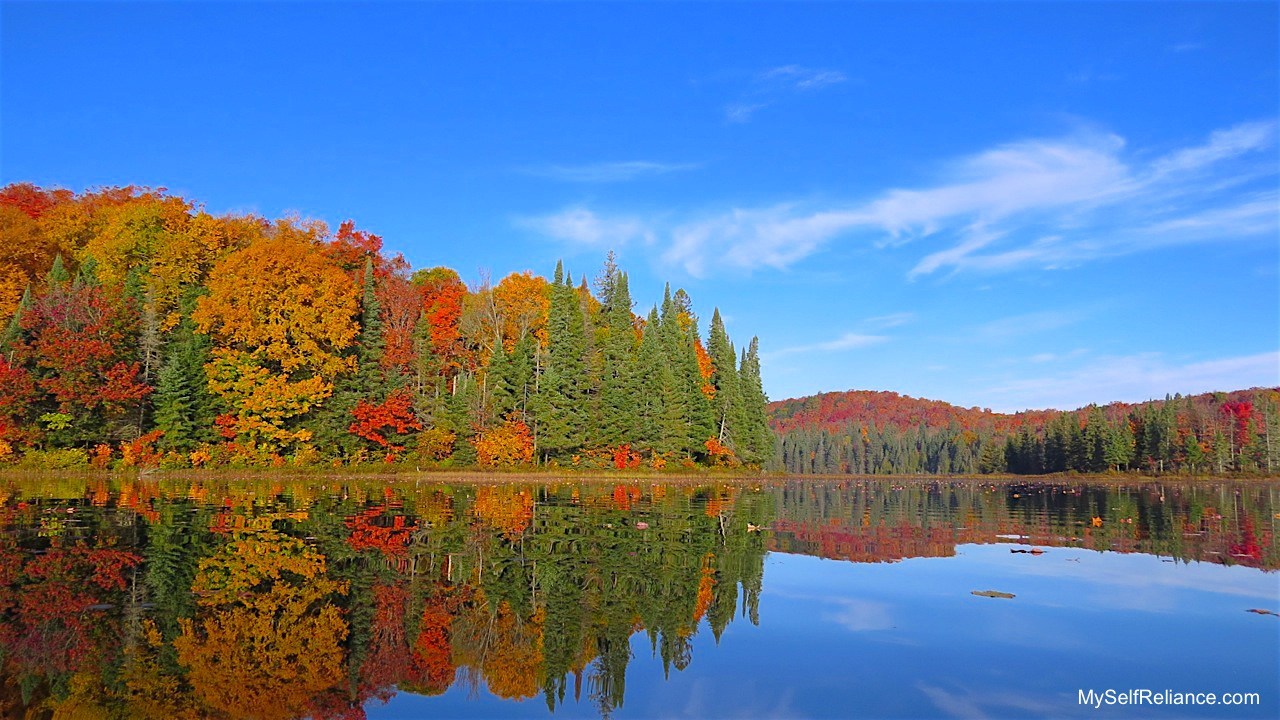 The Algonquin Park is the oldest and largest provincial park of Ontario province of Canada. Spreading across a vast land of 7653 square kilometers the park is home to 2400 lakes, rivers, streams, pine forests, jagged cliffs and abundant wildlife. 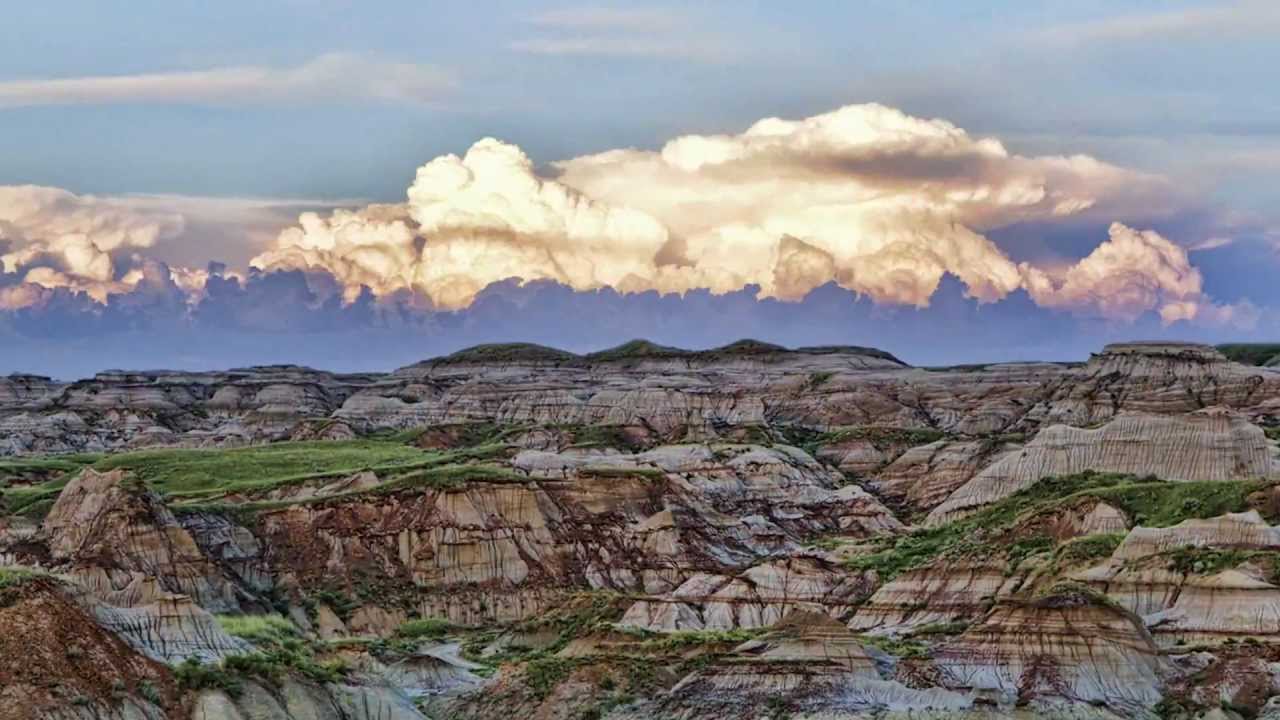 The Dinosaur provincial national park in Southeastern Alberta contains some of most important fossil discoveries ever made. Until now 60 dinosaur species in 45 genera have been discovered from this national park. The fossils are date back to 75 million years. Today a large collection of fossils from the dinosaur provincial national park houses in Royal Tyrrell Museum in Alberta.
During the cretaceous period, about 75 million years ago this region of Alberta was home to many species of dinosaurs, reptiles, fishes, amphibians and reptiles. The bones of these animals were buried under the layers of mud and sands. Later the deposition of sediments preserved those bones.
At the end of the last glacial period a huge thick sheet of glacial ice eroded the rocks. The meltwater carved the Red Deer River valley. From the sedimentary rocks the dinosaur fossils are also got exposed at that time. Centuries later in 1880s hundreds of high quality dinosaur fossils have been discovered from the valleys of the Red Deer River valley.Today the site is a popular national park and a world heritage site of Canada. In addition to the presence of great concentration of dinosaur fossil this national park is also home to diverse vegetation. There are cottonwood forest, shrub lands and wetlands.
This national park is also notable for the presence of more than 160 species of birds such as golden eagle, prairie falcon, ferruginous hawks, loggerhead shrike and brewers sparrow.

So what are you waiting for?